My sister, Erica, is not a programmer. Normally she’s not a tester, either. But recently she paired with me, playing a tester role, and spotted bugs while I wrote in Perl. In the process, it became clear to me that testers do not need to become programmers in order to help programmers write programs in real-time.

While working on the report for the Rapid Testing Intensive, recently, I needed a usable archive of the materials. That meant taking all of the pages, comments, and attachments out of my Confluence site and putting them in a form easier to shuffle, subdivide, organize, refer to, and re-distribute. It would be great if that were a feature of Confluence, but the closest I can get to that is either manually downloading each item or downloading an entire archive and dealing with a big abstract blob of XML and cryptically named files with no extensions.

(Note to Atlassian: Please enhance Confluence to include a archivist-friendly (as opposed to system administrator-friendly) archive function that separates pages, attachments, and comments into discrete viewable units with reasonable names.)

While Erica catalogued the names of all the attachments representing student work and the person or persons who created them, I was supposed to write a program to extract the corresponding material from the archive. Instead, I procrastinated. I think I checked email, but I admit it’s possible I was playing Ghost Recon or watching episode 13 of Arang and the Magistrate on Hulu. So, when she was ready with the spreadsheet, I hadn’t even started my program. 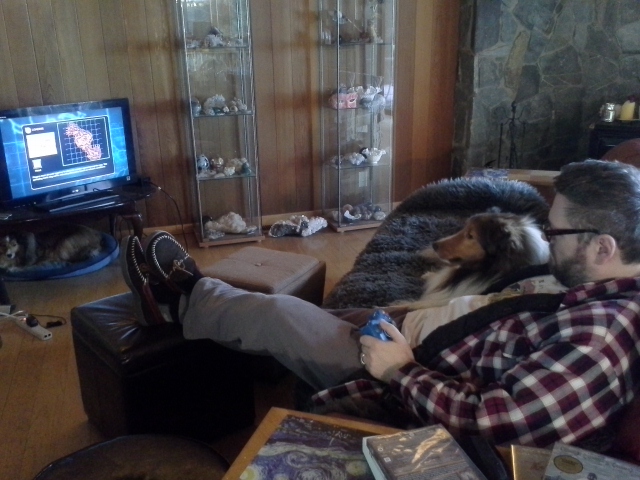 To cover my laziness, I thought I’d invite her to sit with me while I wrote it… you know, as if I had been waiting for her on purpose to show her the power of code or whatever. I expected her to decline, since like many computer power users, she has no interest in programming, and no knowledge of it.

She did not decline. She sat with me and we wrote the program together. She found six or seven important bugs while I typed, and many other little ones. The programming was more fun and social for me. I was more energized and focused. We followed up by writing a second, bigger program together. She told me she wants to do more of this kind of work. We both want to do more.

How does someone who knows nothing about Perl programming, and isn’t even a tester, productively find bugs almost immediately by looking at Perl code?

That’s kind of a misleading question, because that’s not what really happened. She didn’t just look at my code. She looked at my code in the context of me talking to her about what I was trying to do as I was trying to do it. The process unfolded bit by bit, and she followed the logic as it evolved. It doesn’t take any specific personal quality on the part of the “coding companion,” just general ones like alertness, curiosity, and basic symbolic intelligence. It doesn’t take any particular knowledge, although it can help a lot.

Perhaps this would not work well for all kinds of coding. We weren’t working on something that required heaps of fiddly design, or hours of doodling in a notebook to conceive of some obscure algorithm.

A completely non-technical but eager and curious companion can help me write code in real-time by virtue of three things:

A tester of any kind can contribute early in a development process, and become better able to test, by pairing with a programmer regardless of his own ability to code.